UofM Board of Trustees and Committees Will Meet March 4

Committee meetings will begin at 8:30 a.m. The schedule for the day includes Academic, Research and Student Success Committee at 8:30 a.m.; Governance and Finance Committee at 9:45 a.m.; and Audit Committee at 11 a.m., with an executive session to follow. The full Board of Trustees meeting will be at 1:30 p.m. in the Ballroom on the third floor of the University Center.

Read more about the meeting>

The Benjamin L. Hooks Institute for Social Change has selected five finalists for its 2019 National Book Award. The winner will be chosen this summer by a panel of judges representing various disciplines and academic institutions in Memphis.

More about the finalists>

The Benjamin L. Hooks Institute for Social Change will host national civil rights leader Kristen Clarke, president and executive director of the Lawyers’ Committee for Civil Rights Under Law, at the 2020 Join Hands for Change Luncheon on April 23.

Read more about the event>

The University of Memphis has reached a landmark surpassing the $1 million milestone for economic impact through community service in the City of Memphis. More than 5,000 UofM students have contributed 45,000+ service hours since the launch in August 2018.

Learn more about community service at the UofM>

Learn more about the new ranking >

The University of Memphis has added two new doctoral programs in social work and applied physics along with a Master of Science in engineering management. All three programs will be available starting this fall.

Learn more about the new programs >

The Glisson family, formerly of Jackson, Tenn., has established the Shelby Glisson Memorial Scholarship at UofM Lambuth. The endowed scholarship will support students who have had to overcome a medical adversity to study nursing at UofM Lambuth.

Read more about the scholarship>

The Cecil C. Humphreys School of Law has been ranked the 13th best law school nationally for African American students in the latest issue of preLaw magazine. Memphis Law also received an A- for its Trial Advocacy program and was recognized for its out-of-state tuition reduction.

More about the ranking>

The University of Memphis has been awarded a $3,439,035 grant from the National Science Foundation (NSF) for research in learning data science with adaptive learning for future workforce development.

Learn more about the grant>

President Rudd Elected to Executive Council of SACSCOC Board of Trustees

UofM President M. David Rudd has been elected to the Executive Council of the Southern Association of Colleges and Schools Commission on Colleges (SACSCOC) Board of Trustees, Class of 2020.

Read more about the appointment>

The Benjamin L. Hooks Institute for Social Change  welcomes Christina Cook, Andrew Meyers and Gretchen Stroud to its Board. The Board also elected Thomas Flippen as chair, Alan Ferguson as vice chair and Holly Ann Cooper as secretary for 2020-21.

Get to know the Hooks Board members>

The University of Memphis and the Harwood Center are developing a partnership which will create an early learning classroom for children with special needs ages 2-6 scheduled to open in fall 2020.

Learn more about the partnership>

Read more about the exhibit> 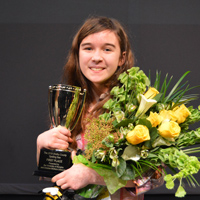 The University of Memphis will sponsor the 2020 Shelby County Spelling Bee for the second straight year with the winner advancing to compete in the Scripps National Spelling Bee in Washington, D.C. The Spelling Bee will take place in the UofM Rose Theatre Saturday, Feb. 1, beginning at 9 a.m.

More details about the Spelling Bee>

Siskind Susser, an internationally acclaimed immigration law firm based in Memphis, has partnered with the UofM to assist companies in the UMRF Research Park.

Learn more about the partnership>

Read more about the University Schools>

The University of Memphis Lambuth continues to enhance its highly-ranked Nursing program. It now has one of the world’s first augmented reality childbirth simulators with integrated physiology, the CAE LucinaAR.

More details about the simulator> 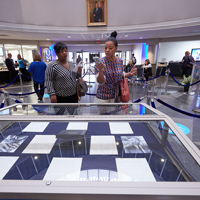 Philanthropist and UofM supporter Avron B. Fogelman has donated to the University the original copy of the historic speech Dr. Martin Luther King Jr. delivered to the General Synod of the United Church of Christ in Chicago on July 6, 1965.

Learn more about the historic speech> 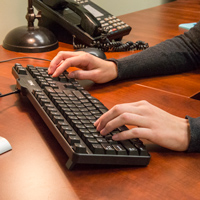 UofM is No. 1 in Tennessee in USNWR Online Rankings

The University of Memphis continues to be ranked No. 1 in Tennessee in the 2020 U.S. News & World Report rankings of online programs as the UofM’s status has soared nationally over the past three years.

Read more about the rankings>

Find out more about the program>

The Board of the Council on Competitiveness has selected Ted Townsend, chief economic development and government relations officer, to its Outreach and Engagement Committee.

Board of Trustees Approves Reduced Tuition for Non-Resident Law Students >
December 4  The Board of Trustees approved the School of Law’s non-resident (out-of-state) tuition rate to begin in academic year 2020-21 and formed an ad hoc Athletics Committee at its meeting Wednesday on the Lambuth campus.

Silicon Valley Startup Licenses Adaptive Multi-factor Authentication System Patent from UofM >
November 25 The University of Memphis Research Foundation has signed an agreement to license a U.S. patent for an Adaptive Multi-factor Authentication System invented and developed by a team led by Dr. Dipankar Dasgupta, professor of Computer Science and director of the Center for Information Assurance.

Community Can Become Part of Larry Finch Legacy by Donating to Plaza >
August 1 The UofM will dedicate a plaza in honor of the legendary Tiger player and coach in late 2020.